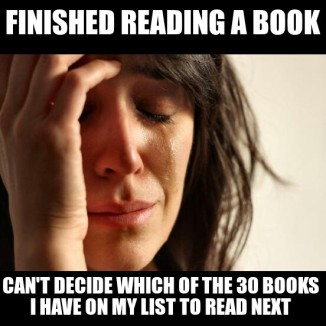 Loved loved loved it. The only thing I hated more was the crushing blow of finding out, that there will in fact be a 4th book. Way to go Geneva. Way to go for ruining my life, because who knows how long I will now have to wait for that.

So this book picked right up where book 3 left off. Alexander has proposed to Clara, and they’re planning the wedding. More like Clara is planning the wedding, because I don’t think guys really have much say in planning. The King still goes on his merry way of treating Clara like crap. Shit hits the fan when Clara finds out that she is still be stalked by her ex boyfriend and Alexander has been keeping this from her. This is all information we knew from book 2, so I’m not giving anything away. I don’t want to give anything away, but this was really good, full of some drama, as well as some unexpected twists and a few things that were clearly predicted that I totally called from the beginning. There was also a case where Alexander was being a complete dick and by then I was ready for Clara to just leave his ass, since he was basically going to not be who he was, but he prevailed. Read the book, and let’s be pissed and wait for book 4.

Where to start where to start. I believe I was 6% into the book and I already knew that this book was going to be ridiculous. Turns out I was right. OK let’s go ahead and start with the good things about this book.
OK great, now that we have that out of the way let’s start with all the bad things about the book. Let’s sum it up.
We are introduced to Gabrielle, and Damian. Damian of course is your rich billionaire, CEO. Gabrielle, is your heiress to her family’s fortune, but also doesn’t really like talking about money. She meets Damien in a club, and he gives her his number which she doesn’t use. She later finds out that he’s the one buying the company she works for. After finding this out, he makes her go to lunch with him and then proceeds to tell her she should stay away from him. This is how I knew this book was about to fall apart. Gabrielle was minding her own damn business, with really no intentions of contacting Damien, other than thinking about it, he forces her to go to lunch with him and then says “you should stay away from me” Um…OK, she was but whatever, semantics. Fast forward to them arguing over some pointless shit I don’t even know what, nor do I care, I think an hour or a day goes by, and they’re at a party and they all of a sudden act like they can’t live without eachother. They then proceed to screw like rabbits the rest of the book. I found myself skipping pages, mostly the sex, because it was that boring. The way she describes her lady bits, is appalling and downright embarrassing. Gabrielle was immature, and mostly overreacted about basically everything that didn’t involve her, because she’s selfish.
I’ve concluded that this is the most unrealistic relationship there ever was. To seriously walk around with only 1 week of dating, and claiming they love each other, talking about moving in and marriage. You have got to be fucking kidding me. I’m sure this book could’ve had a lot of potential, but the mere fact that it was almost identical to FSOG, with some name changes, and an even dumber cast, it was pretty much the same. And don’t get me started on the horrible editing. Whoever the editor for this book was should be fired. To not know the difference between your, and you’re is unacceptable. And what the hell was up with the music. I felt like there was an unwritten agreement with iTunes. I think this book would’ve been more believable if the 2 characters were more believable as actual realistic lovers, and if this book wasn’t’ touted as this huge BDSM book, so that when the moment it happened the safe word was immediately thrown in. 2 stars, just out of generosity. I’m conflicted for even thinking of reading the 2nd book, or just skipping it altogether. But the best thing I will say, is this could easily be turned into a drinking game. Each time the word Culling or a grammatical error is spotted, take a shot. You’ll be drunk by chapter 2.

The 26 Worst Things That Can Happen To A Book Lover http://bzfd.it/1BT5rk9

Holy Fucking Shit.  This book was absolutely insane.  This book wasn’t unicorns and rainbows with cotton candy and pie, with a side of hot alpha billionaire meets awkward girl that’s not ordinary yet stands out from every other girl in the world and they fall in love and she later on becomes Mrs. Alpha Billionaire and they live happily ever after.  This book was Aiden Oliver.  Dark Twisted Master Aiden Oliver who is a son of a bitch, but he’s also sexy and hot.  Oh he also kidnaps unsuspecting women, and trains them to become ‘courtesans’ and then they’re turned over to the men who buys them.  His latest victim.  Rebecca.  Rebecca was a fighter, and made sure to challenge Aiden, when he tried everything to break her, including fighting his need of wanting her.  He used her.  He abused her.  He treated her like shit, and humiliated her, but she never gave him 100% submission.  I’m glad this didn’t end with a cliffhanger.  But I do highly recommend it.   This was a very disturbing book.  Which means I LOVED IT.  The more disturbing, the better!  Well done author, well done!

I think the best part of this book, was reading the snarky remarks made by Alexander’s family and “friends” towards Clara.  It actually had me feeling really bad for her, mostly because I could seriously relate having been there.  There’s nothing more horrible than trying to prove to a family that you exist, when in their eyes not only do you not exist, but you are beneath them.  I was starting to get a little pissed off at Alexander for not really speaking up for her, until much later on.  Not much has changed between these two.  He wants her, but there’s limits blah blah blah, he has to think about his future since one day he’ll be King, his life is already planned.  She’s American, although she doesn’t really claim that she is.  Typical stuff.  This picks up a few months after book 1 left off.  But of course they’re both walking around moping, acting like they can’t live without eachother, but of course Clara runs back to him the moment an opportunity presents itself because “I just have to”.  Seriously?  Anyways, it has an interesting ending, so I’m curious to see how book 3 will play out.

So, I had to go back to books 1-3, because I had forgotten what the books were about by the time this book came out, much like the crossfire series, when book 4 finally made it’s presence. So I had to remind myself that I in fact do really like Blake and Erica and I like them a lot, and we weren’t far into the book before Sophia’s nosy ass came in starting some crap, and in come my eye roll, and I wanted nothing more than for Erica to punch her in the face.
There were some moments where I wanted to punch Erica myself. I literally couldn’t deal with her anymore. She would constantly pick a fight with Blake, I swear just to hear herself talk. It wasn’t until she practically forced Blake to show her the club against his will, and when she finally saw what his world use to be she sat there and basically cried like a little bitch. No no Erica, you wanted to see remember? Grow some balls. So, I may like them together, but I think I actually hate Erica. She’s annoying as hell. Anyways, sadly this book didn’t end. There’s still 1 more book. Great.

Well well well what do we have here.  How do we compare this to ALL the other books.  Let’s see.  Filthy rich guy, drop dead gorgeous, oozes sex, dark damaged secret.  Enters in beautiful girl, guy can’t stay away.  Ok yeah sounds like everything else.  But this one goes a little deeper.  This guy is a crowned prince, so right there the bar is automatically raised from pretty much all the others.  But that’s about it for originality.  Clara is your usual can’t think when a hot guy comes into the room.  She seems smart, she has a good job, she works.  As in she actually has a job and works, instead of having things handed to her, so that’s good, but she also has money.  She seems determined to put her foot down when Alexander pisses her off, but we all know that lasts about 10 seconds before the sex starts.  Other than that, it’s your typical book.

So, this was one of those books I borrowed from the kindle reading library, that you get to borrow from once a month if you’re a member of amazon prime.  I often forget about it, because I can probably read on average maybe 3-4 books a month.  Anyways I was reading this to pass the time for books that I’m waiting to be released that haven’t come out yet.  This was a quick read for me.  Even though it was boring as all hell, which normally would’ve taken me forever to read it, I think the only reason I hurried to read it, was only to get it over with.  I don’t really have many positive things to say for this.  It was boring.  It was your typical book of girl in college.  Girl needs money.  Girl is broke so girl does what she needs for money.  Girl finds out that she can sign herself up on a website, and people basically pay her for sex.  Guy finds girl, hires girl for sex, and girl turns out to be this innocent virginal girl, whose rather boring.  Guy is this rich guy of course, whose also insanely jealous.  Cue in girl acting childish during certain parts of the book, girl acts childish about 70% of the book, and before you know it the book finally ends if you haven’t given up on the book altogether.  That’s about the jist.  Save yourself some trouble and just skip it.  2 stars, no I do not recommend it. 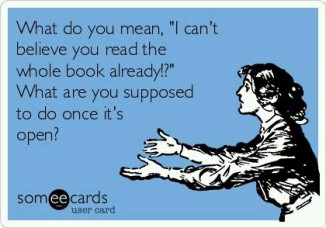